Wildfire effects on peripheral populations of a species of conservation concern
In late summer 2017, the Kenow Wildfire burned into Waterton Lakes National Park in southwestern Alberta, severely burning >40% of vegetative areas in the park. The Lee-Yaw lab, in collaboration with Parks Canada, is studying the effects of this major disturbance event on the long-toed salamander (Ambystoma macrodactylum), a species of Special Concern in Alberta. We are specifically looking at changes in the amount and distribution of genetic diversity in response to the fire and the effects of the post-fire landscape on patterns of population connectivity. 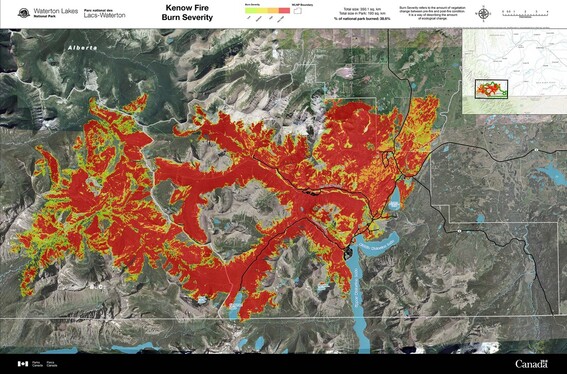 Map showing the burn severity of the Kenow Fire in Waterton Lakes National Park. High-elevation areas in the western part of the park were most severely impacted. (Source: Parks Canada 2018)
The Kenow Wildfire and amphibian populations

The effects of wildfire on animal populations often depends on the timing of such events. The Kenow Wildfire occurred in late summer, when most pond-breeding amphibians are in the terrestrial environment. As such this event may be have been particularly detrimental to amphibian populations. Post-fire surveys have indicated that occupancy of low elevation sites by the long-toed salamander was relatively unaffected by the fire. However, many high-elevation sites where the fire was most severe have yet to be resurveyed. Long-toed salamanders in other parts of their range demonstrate life-history differences along elevational gradients and are known to be genetically isolated at high-elevation sites. Thus, any loss of high-elevation populations following the Kenow Wildfire may have implications for the total amount of genetic diversity in the park. A first goal of this project is to resurvey high-elevation breeding ponds in the park to assess changes in pond occupancy by the long-toed salamander and/or other amphibian species. 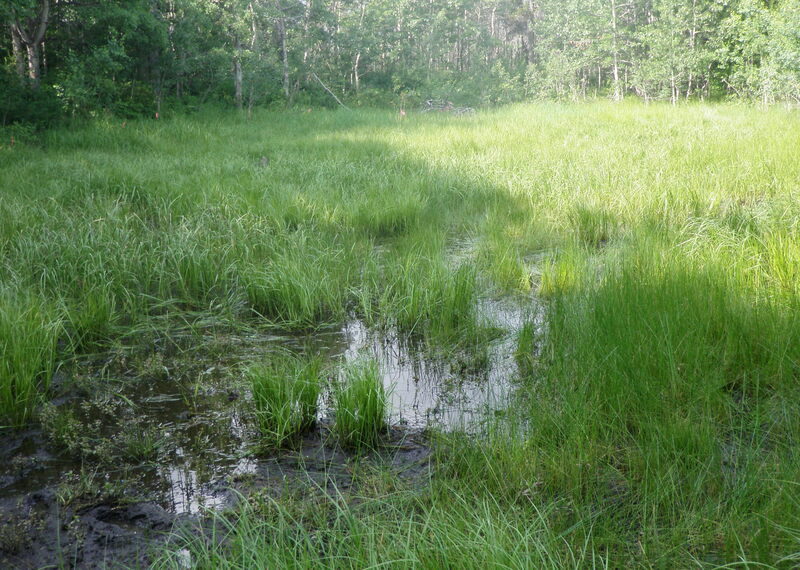 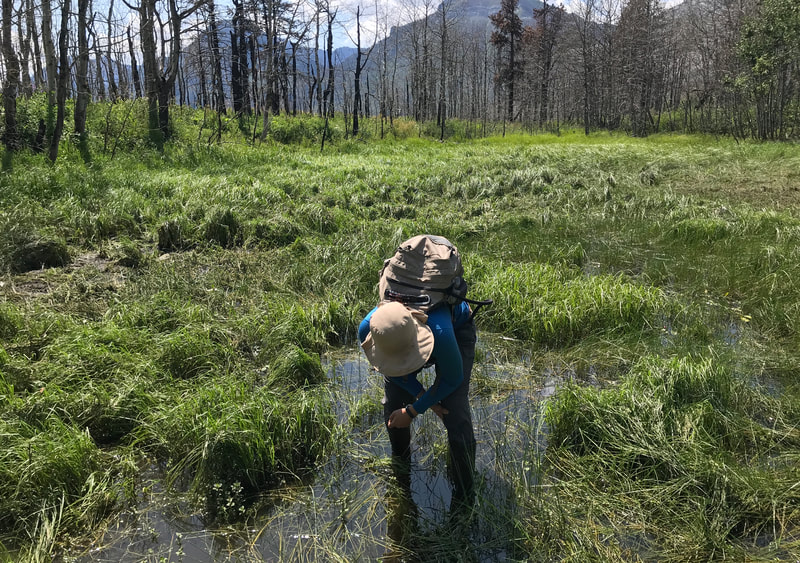 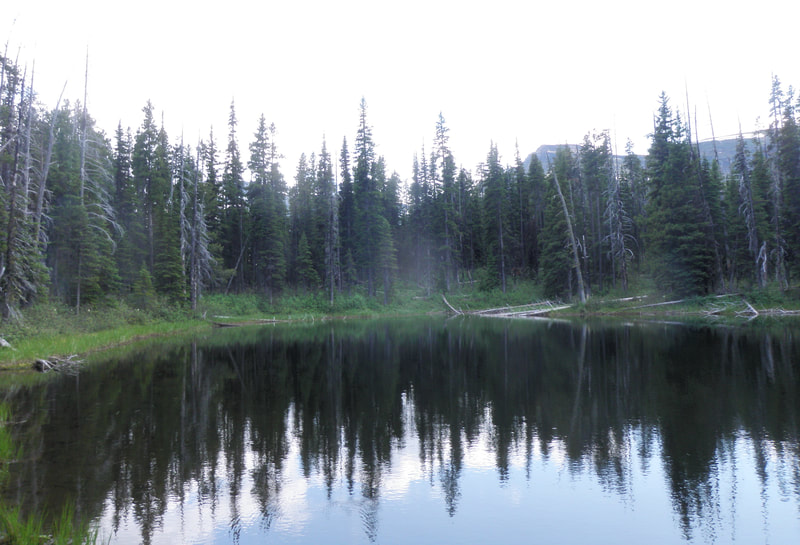 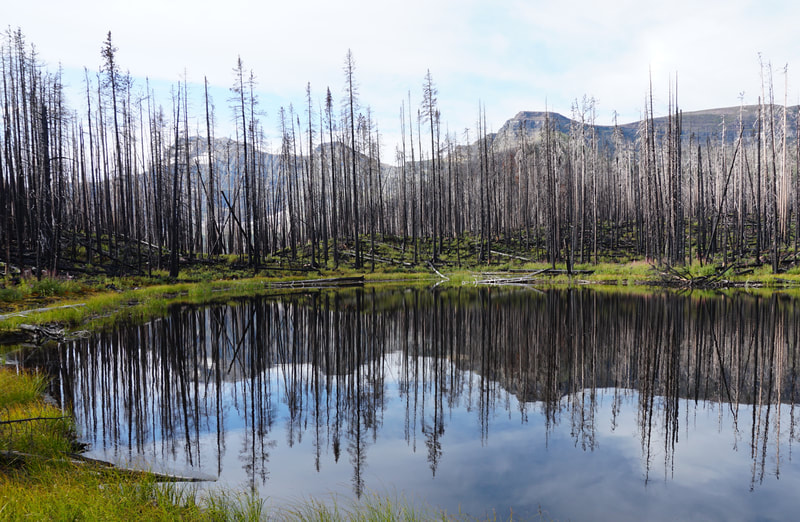 Pre- (left) and post- (right) fire views of long-toed salamander breeding ponds at low (top) and high (bottom) elevation sites in Waterton Lakes National Park. Long-toed salamander larvae have been observed at the low elevation site since the fire whereas no individuals have been observed at the high elevation site since the fire.
Even when the occupancy of sites is unaffected, reduced population sizes following a disturbance event can lead to the loss of genetic variation through genetic drift. We are in the unique position of being able to compare pre- and post-fire levels of genetic variation in breeding ponds across the park. Specifically, we have access to >600 tissue samples collected from 24 sites in 2009. In the coming summer, we will revisit these same sites to collect new tissue samples. Genetic data will then be used to assess pre- and post-fire levels of genetic diversity. Sites span both burned and unburned parts of the park, allowing us to disentangle the effects of the fire versus time on any observed changes to genetic structure and patterns of variation.